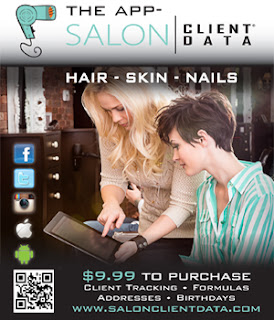 We’ve all made questionable hair style decisions.  But there’s shaving your head when you have a bumpy head, and then there’s doing something just so comically bad that somebody had to take a picture and post it on the internet.  Some of these pictures are of celebrities, some are not, and one could be you.

It takes a special kind of person to let this happen to their hair.  I really want to believe that this was a prank done to him, but the glazed over look on his face leads me to believe he did it to himself thinking it would be a good look.

I can’t decide if this hair is bad or if he’s my new personal hero.  Either way that’s commitment to both head and facial hair.  I’m going to go out on a limb and guess that he’s single.

I’m sure everybody knew The Worm was going to be on here.  Say what you will about his insane appearance, the man could play basketball.

Call it an extreme fade cut all you want, this comically bad hair style is a pencil eraser in my book.

Between the manicured eyebrows, facial hair, and strands of hair covering up what appears to be a receding hair line, is it really any surprise that this man was a pimp?

Giving a whole new meaning to the term “hat hair”.  I hate puns too, but it had to be said.

Phil Spector is wealthy and yet he still let himself be seen in public like this.  I’m thinking an insanity plea should have been entered on his behalf.

I really want to believe that he lost a bet to end up with this face framing hair style.  But then I could be wrong.

Supporting your political candidate is all well and good, but next time you might just want to go with a bumper sticker or a pin on your shirt.

There are mullets, and then there’s this comically bad hair style.  This isn’t even business in the front, it’s scary in the front, crazy in the back.

While I’m pretty sure this hair was done for a magazine, it still warrants attention.  That’s a hair rhino.  I’ll say it again.  A hair.  Rhino.

You knew this one was coming too.  Dude, Pattinson – you’re rich and famous…pay somebody to style that mess for you.

Russell Brand has stated that it’s a good thing he’s famous as his hair style only works if you’re famous, or insane.  He’s a bit of both really.

Oh American Idol, you’ve given us so much pain, but at least you offered up Sanjaya to us, who became as well known for his comically bad hair styles as for his singing.  Thanks Idol.

The whole thing is just spectacular.  The sideburns, the hair, the handlebar moustache.  You just don’t see hair like that anymore.

Soccer players are notorious for their over the top hair.  This one may actually take the cake though.

I don’t care how big a fan of tennis you are, there’s no excuse to shave your hair into the pattern of the seam on a tennis ball and dye it white.  That’s not support, that’s comically bad.

The hole in the ozone?  This guy right here caused it getting his hair to do things that gravity wouldn’t normally allow.

The etched in lines on the side, the shock of blonde, the whole thing just lended itself to what was a comically bad style in general.  Don’t worry, we’ll always hold you in our hearts Vanilla Ice.

Digital Bus Stop
Posted by Unknown at 12:01 PM No comments: