The circus is the place where real legends appear, it’s the place where excitement is taken to unheard-of levels. In Ringling Bros. and Barnum & Bailey Presents LEGENDS, we are proud to bring back The Medeiros Hair Hang Act like you’ve never imagined it. This larger-than-life act features not two, but eight female performers from countries around the world including the U.S., Brazil, Bulgaria and Ukraine. These ‘hairialists’ perform a combination of choreography and cut-ups including spinning, hanging from hoops, and rolling down wrapped silks, all while being suspended 35 feet in the air by their hair alone! In this hair-raising act, audiences will even see the weight of three girls held aloft by the locks of only one of these tangled beauties.

This  one-of-a-kind act is the brainchild of husband and wife team Andre and Viktoria Medeiros. Together, Brazilian-born Andre and his Bulgarian-born wife Viktoria have devised and improved the mechanisms and methods making possible the myriad of maneuvers this troupe will perform for audiences. It is Andre’s attention to every detail, even welding the three different rigs that the girls hang from, that keeps his troupe safe and sound each and every time the act is presented.

Returning, Viktoriya Medeiros and Widny Neves are suspended high-above the arena floor as they spin, twirl and hang only using the strands of their partner's hair. This year they have added six new girls to the troupe: Samantha Pitard, Viktorila Liakhova, Dayana Costa, Julissa Segrera, Stefany Neves and Svitlana Balanicheva. The former clowns, aerialists and dancers worked together on last year’s show and were chosen by Andre and Viktoriya based on each performer’s hair, height, back and neck.

Viktoriya and Widny also perform alongside Andrey in a dueling motorcycle high-wire act that is sure to rev up Children Of All Ages. Executing impressive aerial feats, Viktoriya will perform bold stunts on a trapeze bar attached to the motorcycle, as he cruises on a wire the width of a human thumb.

May 4, 2014 (PROVIDENCE, R.I.) -- A platform collapsed during an aerial hair-hanging stunt at a circus performance Sunday, sending eight acrobats plummeting to the ground. Nine performers were seriously injured in the fall, including a dancer below, while an unknown number of others suffered less serious injuries.
The accident was reported about 45 minutes into the Ringling Brothers and Barnum and Bailey Circus' 11 a.m. Legends show at the Dunkin' Donuts Center in Providence.

Stephen Payne, a spokesman for Feld Entertainment, the parent company of Ringling Bros., said the accident happened during an act in which eight performers hang "like a human chandelier" using their hair.

He said the metal-frame apparatus from which the performers were hanging came free from the metal truss it was connected to. The eight women fell 25 to 40 feet, landing on a dancer on the ground.
All the performers have been doing "some variation of this act for some time," Payne said, though he didn't know how long. The current incarnation of the act began in January with the launch of the show, he said.

Providence Public Safety Commissioner Steven Pare said officials and inspectors haven't yet determined what caused the accident. He said none of the injuries appears to be life-threatening.
Roman Garcia, general manager of the Legends show, asked people to pray for the performers.
"Everybody's doing fine, everybody's at the hospital, everybody's conscious, everybody's doing pretty well," he said at the Dunkin' Donuts Center less than two hours after the accident.

The hair-hanging stunt is described on the circus' website as a "larger-than-life act" featuring eight female performers.

"These 'hairialists' perform a combination of choreography and cut-ups including spinning, hanging from hoops, and rolling down wrapped silks, all while being suspended 35 feet in the air by their hair alone," the website says. "In this hair-raising act, audiences will even see the weight of three girls held aloft by the locks of only one of these tangled beauties."

Sydney Bragg, 14, of North Kingstown, said the platform began to fall as it neared the rafters of the arena.

"It just went crashing down," Sydney said. "Everyone was freaking out. We heard this huge clatter and then we just heard the girls scream."

"We thought it was part of the circus," said Rosa Viveiros' husband, Joe.

The couple attended the circus with their 6-year-old grandson and 9-year-old niece.

"Everyone was in shock," Rosa Viveiros said. "It was pretty overwhelming to see that."

Posted by Unknown at 4:48 PM No comments:

Best red hair: We count down 10 of Hollywood’s top redheads 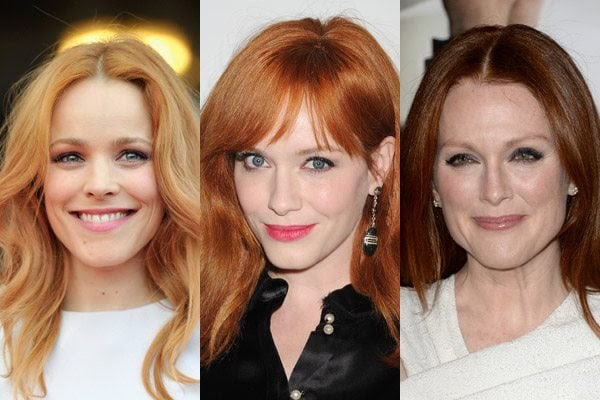 There is no doubt that red hair instantly stands out in a sea of blondes and brunettes. Once rare and unique in Hollywood, red seems to be the hair colour of choice for some of the hottest celebrities. And although there are only a handful of famous natural redheaded beauties, the colour remains a top choice for temporary (read: attention-grabbing) dye jobs. Think about it: also almost every leading lady has a red phase on record.

While we can easily pin Jessica Chastain, Isla Fisher and Julianne Moore as natural redheads, other celebrities have had red hair for so long that we basically consider the shade as the one they were born with. Although hair colour chameleon Emma Stone is often mistaken as a true redhead—her go-to copper hue perfectly suits her flawless porcelain skin—she’s actually a blonde. (Same with Mad Men’s Christina Hendricks!) Amy Adams also wears her red hair well, likely because it’s just a touch brighter than her natural strawberry blonde shade. 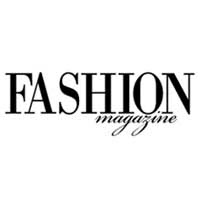 Sometimes movie roles call for stars like Rachel McAdams and Kristen Stewart (who may or may not have wanted us to know about her dye job) to temporarily try ginger shades, whereas others just embrace the shade for fun. Rihanna, who is no stranger to having fiery red hair, enjoys experimenting with all sorts of hair colours and her constant changes certainly keep us on our toes. Whether you’re seeking colour inspiration for your own red dye job or just love the look of Titian-tinted hair, click through to see which celebrities make us green with envy for pulling off red hair with ease.