Year End Discount and Gifts from THE Aesthetic Show

LIKE Russian cheekbones or Italian suntans, Swedish hair (or the idea of it, anyway) has always been one of those discrete national features envied by women the world over. Flaxen-pale and fairy-tale-fine, it’s what American women have been trying to fake for decades, ever since Anita Ekberg swished around in the Trevi Fountain.


You see these towheaded ice queens strutting through SoHo in perfect Acne pistol boots and Filippa K stretch jeans — but what remains invisible is the help they get.

Her name is Mirjam Bayoumi, and you would probably never find her on your own. Tucked away into an anonymous Yorkville block on the Upper East Side, her salon, all clear wood and bright light, attracts not only Princess Madeleine of Sweden, but also some of her most stylish subjects: Swedish designers, Swedish bloggers, Swedish media moguls, Swedish makeup artists — an almost exclusively Swedish group, all after that ineffable snowy blond that the rest of us always assume is natural.

“Most women in Sweden are dirty blond, and I would say 96 percent color their hair,” said Ms. Bayoumi, herself naturally brunet. “You’re born blond, and as you get older, it gets a little darker, a little ashier.”  But, she added, “blond, that’s what you saw as you grew up, and that’s how you want to be the rest of your life.”

Ms. Bayoumi, 34, opened her salon, which carries her name, in 2009 and is now a sort of den mother for the city’s Swedish expats, who go there for the raw blond highlights and stay for the native-tongue gossip, Gevalia coffee and dog-eared issues of Scandinavian fashion magazines.

“When I first came here, I went to a cheap place in the West Village, and they ruined my hair,” Olivia Malmqvist, 30, the marketing manager for H & M USA, said in a phone interview. “After that, I did some research.”

Four years later, Ms. Malmqvist is a loyal Mirjam devotee. “Your hair is very personal,” she said. “When I lived in Sweden, I went to the same hairdresser my whole life. And I now feel safe again.”

The Mirjam mystique arrived in the United States in 2005, when a friend and fellow hairdresser who had just opened a salon in Manhattan Beach, Calif., summoned Ms. Bayoumi from Stockholm.

“She called me and said, ‘Mirjam, I really can’t find any good colorists,’ ” Ms. Bayoumi said. “I was shocked. I was like: ‘You’re in L.A.! That’s where all the celebrities are, everybody’s blond.’ ”
But when Ms. Bayoumi arrived, her new boss’s complaint was confirmed.

“I had a few clients who used to go to salons in Beverly Hills and pay tremendous amounts of money, and they still weren’t happy with their color,” Ms. Bayoumi said. “They didn’t even know that it was possible to get this certain shade of blond.”

She has heard similar frustrations from the clients she’s acquired in the four years since she moved from Los Angeles to New York, where she spent her first months coloring friends’ hair out of her Upper West Side studio apartment. Word-of-mouth recommendations soon outpaced her square footage there, and by the time she opened her salon, Ms. Bayoumi already had a cadre of loyal Swedes who were fed up with American hairdressers whose tones, they say, tended more toward warm orange than their preferred neutral beige.

Elin Kling, the founder and fashion director of StyleBy, a fashion magazine, and a longtime patron of Ms. Bayoumi, caused a minor upset in the comments section of the beauty blog Into the Gloss last month when she told its editor, Emily Weiss, that “Americans cannot do blond hair.”

“It’s always easier to explain in your own language exactly what you want,” said Sofi Fahrman, 33, a close friend of Princess Madeleine and the host of “Project Runway Sweden.” “It’s always safe to have a Swede doing your hair.”

Ms. Bayoumi was born in Budapest to a Hungarian mother and an Egyptian father, and moved to Sweden with her family when she was 2. At 15 she began her first apprenticeship, volunteering her floor-sweeping services to Stockholm salons during school vacations. She studied in London at Toni & Guy, then worked for Bjorn Axen and Wella as a color technician, traveling to cities like Taipei and Amsterdam to educate foreign hairdressers in color blending.

Ms. Bayoumi’s global tutelage makes her something of an expert in international beauty standards. Compared with women in Mediterranean countries, where they exaggerate their femininity, she said, Swedish women seem downright androgynous.

“Scandinavian style in general is very simple,” she said. “They want to do as little as possible. They’re very independent — many don’t even wear makeup.”

Marina Andersson, a makeup artist and friend of Ms. Bayoumi’s from Stockholm, agreed. “Swedes just want to look natural,” she said. “There’s brassy-yellow on the one hand and that kind of almost-gray on the other. What everyone wants is hardest to maintain.”

Ms. Andersson described the national aesthetic as nonchalant. “We look more to the Frenchwomen, not so Hollywood,” she explained. “More Charlotte Gainsbourg and Jane Birkin, you know, out-of-the-shower cool.”

And Ms. Bayoumi, she said, is the person to help achieve this.

“Mirjam’s extremely talented,” Ms. Andersson said. “Her custom blending is very, very good. I don’t even tell her anything.”

“She just does what goes with your complexion,” she added. “She is the Bergdorf’s for the Swedish posse of New York.”

Posted by Unknown at 1:41 PM No comments: 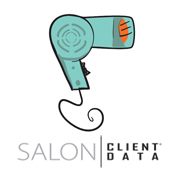 “This app is a must-have business tool that will help you organize and market to your most valuable asset, your client list.”


The app can be purchased on iTunes for one time fee of only $9.99, plus tax.

Posted by Unknown at 3:04 PM No comments:

Posted by Unknown at 9:22 AM No comments:

Posted by Unknown at 9:01 AM No comments:

Posted by Unknown at 9:15 PM No comments:

Posted by Unknown at 9:00 PM No comments:

This ultra-luxurious 5-star Constance Moofushi Resort in Maldives combines a ravishing natural setting with a holiday-inspired design and promises exquisite services: “Impossibly elegant, with 110 land and water villas in an intimate location of pure lagoons, sandbanks and woodlands, this barefoot idyll offers a rare experience for its visitors. Reassuringly luxurious, Constance Moofushi is on the South Ari Atoll, a paradise regarded as one of the best diving spots in the world. The resort is perfect for lovers of fine dining, divers and those seeking luxury beach-front relaxation“. Prepare to enrich your gastronomic experience by tasting the food courses and drinks offered by an array of six bars and restaurants. Adventure enthusiasts are also welcomed in this location, as it features one of the best diving spots in the world, plus many others outdoor leisure opportunities.

Posted by Unknown at 2:24 PM No comments: