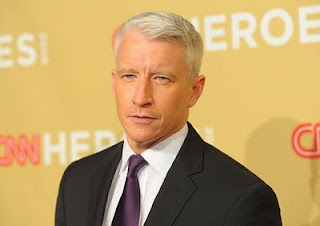 Anderson Cooper offered $1 million to use a pill for hair color?
OMG, CNN's Anderson Cooper must "think twice", because a new offer is reportedly on the top of his table right now. Sun Sentinel is reporting that Cooper was offered to "get rid of his silver-fox hair for the next five years."
The product, "Go Away Gray", is a pill that contains the enzyme Catalese, is promising its users of black hair after days of consumption.
Cathy Beggan, the product's developer feels "Anderson Cooper is a really visible and well-respected figure," she adds, "he would be a great spokesperson for the product and the company."
"Go Away Gray" is willing to deliver $1 million to Cooper after using the pills for 60 days and sharing his experiences with the new look via social media such as Twitter and Facebook.
Article by: Raph Labuguen