You'd think that an All-Pro safety who missed 11 games in 2009 due to a knee injury would be most concerned about other body parts, but Pittsburgh Steelers superstar Troy Polamalu(notes) also has endorsements to consider. One of his endorsements is with the Head & Shoulders company, which makes sense when you consider Polamalu's famed three-foot-long hair. It's a tribute to his Samoan heritage, and it's not something he plans to cut anytime soon.

Once in a great while, a Steelers opponent will try to use Polamalu's hair against him in a game (as Kansas City Chiefs running back Larry Johnson(notes) did in 2006 as Polamalu returned an interception), and it's quite possible that the concern over such matters was the catalyst needed by Head & Shoulders to insure Polamalu's hair with Lloyd's of London for $1 million, which was reported by the Associated Press.

Then again, it could be a publicity stunt. Lloyd's is famous for unusual policies that can be turned into media gold; the company has insured Tina Turner's legs, Keith Richards' fingers, the legs of noted Riverdance ponce Michael Flatley, the bodies of several professional wrestlers (including Ric Flair -- Woo!), Jimmy Durante's nose, and Celine Dion's vocal cords (they're also talking with Virgin Galactic about insuring space travel, if that ever gets off the ground). Polamalu's hair isn't going anywhere, but it's a nice press haul for company and endorsee. 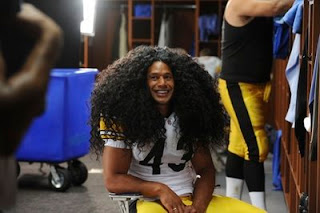 And if you want to ask Polamalu why his hair is insured ... well, just don't ask with your eyes. He can pick that up pretty well. 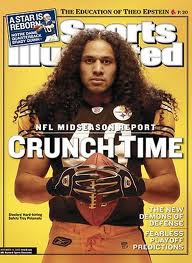